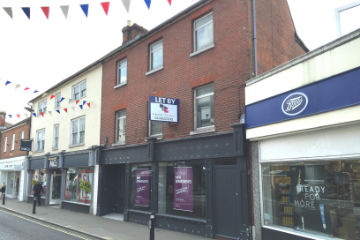 M&Co, formally known as Mackays with a long history going back over fifty years, now have approximately 300 stores nationwide. The Romsey store located in the prime retail pitch, The Hundred, is one of their best performing stores and is now due to expand to nearly double its size.

The site was formerly occupied by family run jewellers F W Kersey & Son which first opened its doors in Bell Street, Romsey back in 1888. The upper parts have been self-contained and will create modern residential space in this sought after conservation area with its own independent access.