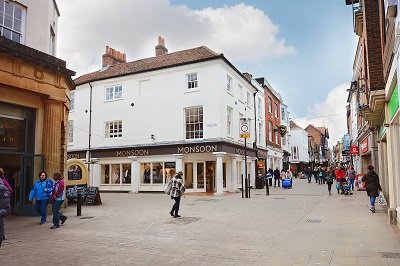 Black Friday, the Americanism that first hit the UK via the online retailer Amazon in 2010 is now a fully blown retail event. Traditionally, the British High Street used ‘Boxing Day sales’ to sell off excessive stock and provide discounts to consumers but the evolution of Black Friday has produced the opportunity for retailers to increase sales prior to Christmas.

Discussions on how internet retailers have an impact on the High Street are ongoing and it is clear from the number of ‘sales’ pitches from a variety of retailers in my personal inbox this morning that the internet is still the first point of call for discounted items. Traditional High Street retailers such as John Lewis, River Island, Zara and Habitat have all targeted me but also internet based retailers such as Boden and Surfdome.

The variety of discounts in place varies greatly and the public statement from Marks and Spencer that they will not be partaking in Black Friday has been followed up with some local boutique retailers confirming that they prefer not to entice customers with ‘cheap’ stock and will stick to their mantra of ‘buy from me because you like my ethos and brand, not because I’m selling something cheaper than someone else’.

So how does it affect the High Street?

National newspapers are reporting a visible downturn of High Street attendance whilst also commenting that a number of websites are struggling to keep up with demand, Currys PC World have reportedly been receiving three online orders every second. An office straw poll suggests that more of us will source the on-line deals than actually attend local High Streets or shopping centres to shop. However, our valuers have been reminded by national brands that they are expecting an influx of shoppers today, even in small market towns, and that it may be wise to conduct inspections earlier in the day. This optimism is encouraging, albeit a little surprising. We are hopeful that for the sake of the British High Street, the local market town was totally bombarded with keen shoppers and sales are boosted accordingly.